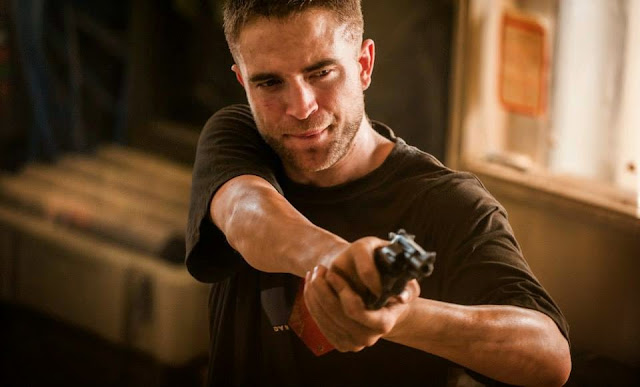 ------------------------------------------
Directed by David Michôd and based on a story written by the director himself paired with Joel Edgerton, The Rover is set in Australia a decade after the collapse of the western economy , in a context in which the mines are still active and have attracted men more desperate and dangerous and where survival is a daily struggle . The protagonist of the story is Eric , a drifter who has left everything behind and who is full of anger at the theft by a gang of his car , the only thing he had left . His only chance of finding the car is given by Rey , one of the Mebra band which was abandoned after being injured . Forced by circumstances , the two men will pair up for a trip that no one could have predicted the outcome.
Despite takes place in the near future , The Rover is the intention of the authors work on the contemporary , the ability of Western economies to self-destruct because of their own greed and the inevitable change in the balance of power globally. Speaking of issues ranging from the lust for power to the destruction of the environment through the desperate attempts of man to not sink in that dysfunctional society , The Rover , however, is not a dystopian film and described the situation , that of a world pillaged and drained forces and systems quite real , plausible and possible.
As a sort of futuristic western, as a backdrop to the story is the Australian outback , where people from all over the world come to work in the mines which supply the new world order in the hands of Asia : Australia has the same partially avoided the economic collapse in 2008 thanks to exports to China and the strength of its mining industry.
Photographed by Natasha Braier , who has opted for the Super 35 format , The Rover was shot over seven weeks ( from 28 January to 16 March 2013) in the southern desert of Australia, in the chain of the Flinders Ranges . Among the various places that were the location , the most important is the town of Marree , eight hours drive from Adelaide and close to Lake Eyre . Populated by only 90 inhabitants, Marree is the last frontier of civilization before arriving in the desert and gladly hosted the crew of Michôd , providing the designer Josephine Ford homes and a small hotel.

MAIN CHARACTERS
The main characters of The Rover are two very different men . The first , Eric, is an Australian- violent and bitter, misanthropic former soldier who lost his farm and his family and that, by antihero , wants nothing more than to regain back what was stolen by three criminals : l ' car with a mysterious lot . The second , Rey, on the other hand is a simple and naive young American , whose age does not allow him to remember a time when things were different . Like many other individuals of The Rover , Rey arrived in Australia with his older brother Henry to find work in the mining industry and has found to interact with Chinese , Cambodian and obviously Australians , finishing with find themselves embroiled in the little actions lawful Henry and his two friends Archie and Caleb .
Played respectively by Guy Pearce and Robert Pattinson , the two men embark in pursuit of dangerous individuals , finding himself involved in an ongoing series of action , tension, danger and twists . Along the way, also find themselves having to deal with even the folds of their emotional confusion .
The actor Scott McNairy plays Henry , the older brother of Rey , and the main cast of The Rover includes the names of David Field ( Archie ) of Tawanda Manyimo ( Caleb 's ) , and Gillian Jones, Anthony Hayes and Susan Prior .
source
Fonte
Pubblicato da Unknown a giovedì, aprile 24, 2014